I operate Maine Seaweed Company like a CSA (community supported agriculture), and visitors are welcome to come for a weekend (there’s no charge) in order to discover the source and spirit of their food.  During the first week of August, eight Russians and a Bulgarian from New York City came for a visit that they had been planning for weeks.  They arrived after dark.  We had one visitor already, and an apprentice, and Nina and myself made thirteen people that night, wondering what the next day would bring. 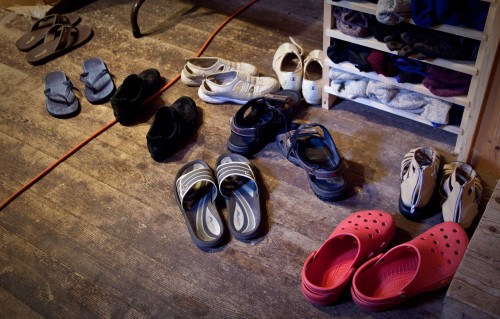 The next morning at brunch Stojan (pronounced Stoyan) told me that his father in Bulgaria had just died.  I said, “We live within this world for awhile, circled up and growing like an egg, and then we travel again, going in a line toward the next world, like a sperm.”  Stojan wanted to do a ceremony to send his father a prayer blessing for safe passage to the next world.  Stojan said, “I want to release my father’s spirit to fast flowing water.” 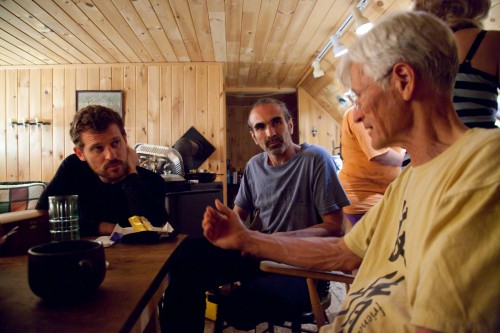 An idea started to form.  I went down to the woodworking shop and used the bandsaw to cut out thirteen little pine boats (one for each person in our home), and I drilled them to each hold a tea candle, and each one had a bow line as well.  We decorated them with paper sides, we put a rice offering in each one of them along with incense stuck into hearty Russian rye bread (of course!), and we began to form prayers for safe passage for Stojan’s father. 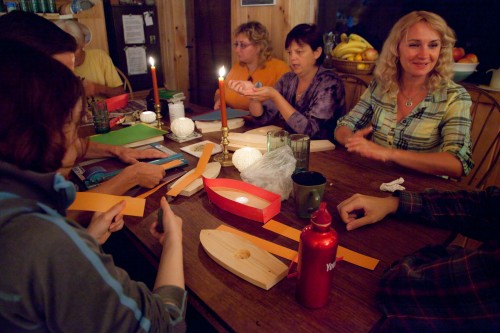 I read some poetry:  Wendell Berry’s “To a Siberian Woodsman” and “The Gathering” which is about fathers, ending with, “I have grown to be brother to all my fathers, memory speaking to knowledge, finally, in my bones.” Stojan played his drum. 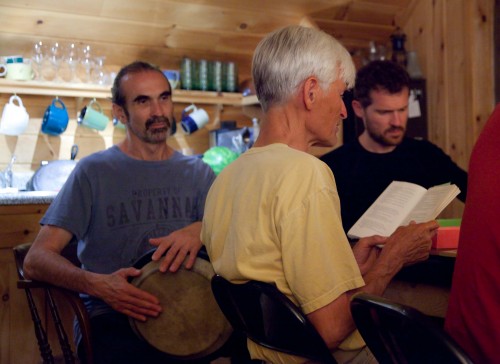 The mood became meditative.  Prayers were beginning to form.  People wrote them as they came, and tucked them into the boats. 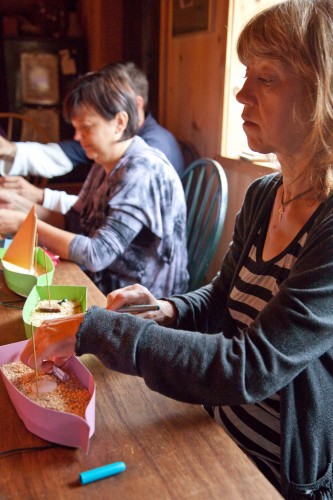 It was just 24 hours since our guests had arrived.  I was pleased with the little fleet of boats created by our circle of friends.  We went to bed, knowing that we would be up at first light to launch the boats on the early morning outgoing tide. 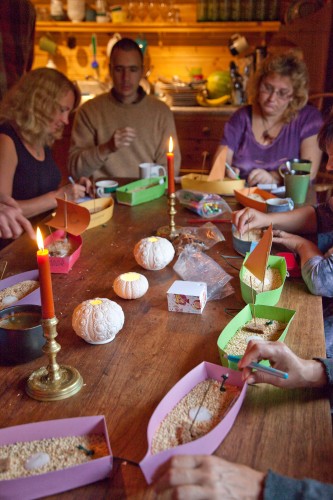 In the morning,  some of the group carefully carried the boats, all tied in a circle, down to the water’s edge. 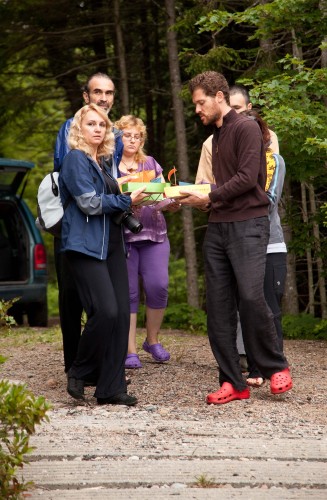 We lit the candles and the incense. 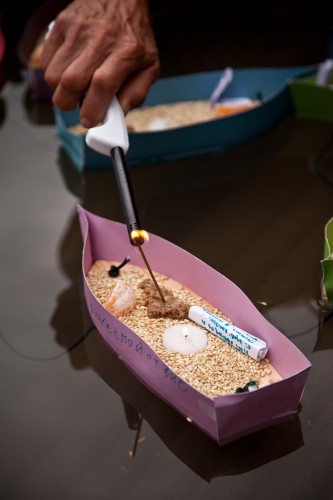 Stojan was very intent on getting all the candles and incense lit. 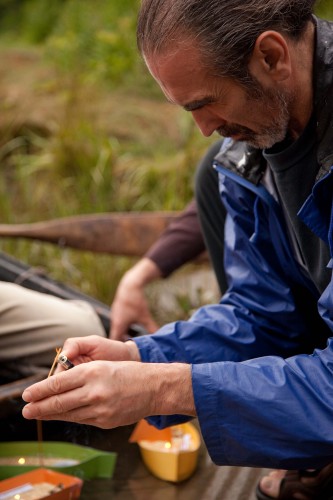 The weather was calm.  Amazingly, there were no mosquitoes ! 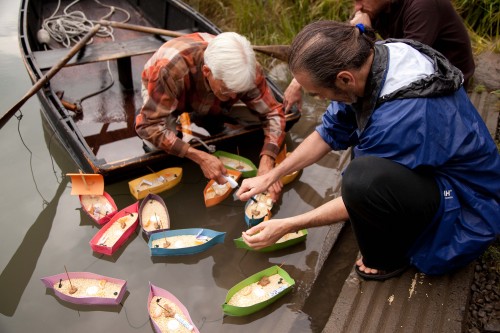 I opened the circle and tied Stoyan’s lead boat with the sail to my rowboat. 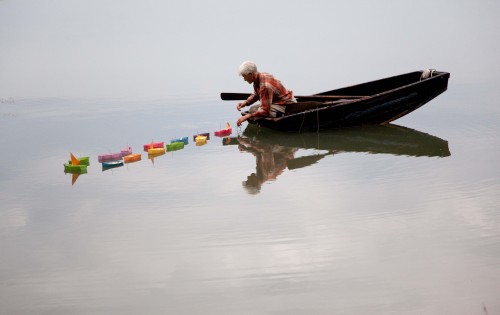 Now the fleet was all in a row, ready to be towed from the cove out into the bay where a gentle east wind would carry the boats, flowing with the tide, toward the open sea. 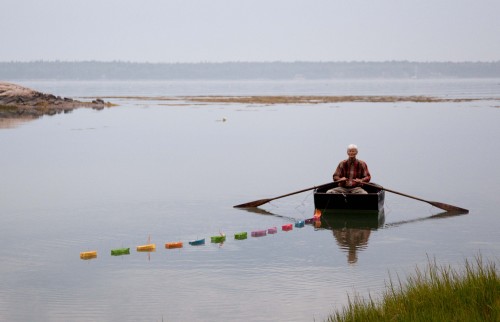 Stoyan joined me in the rowboat. 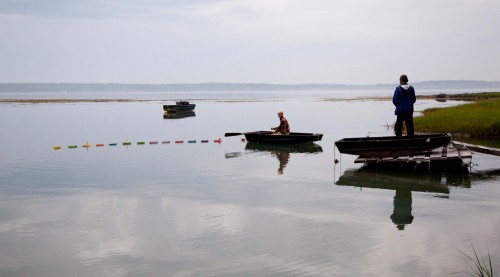 Seated in the stern of the boat, I push-rowed so that Stojan could watch the little fleet of boats and pray for his father’s safe journey to the spirit world as we towed them out into the bay. The wind was calm, and the boats went with the tide.

It was a good ceremony.

Rest in the Light, Father, abide in the Heart.